How Niagara Falls came to be the Honeymoon Capital of World? 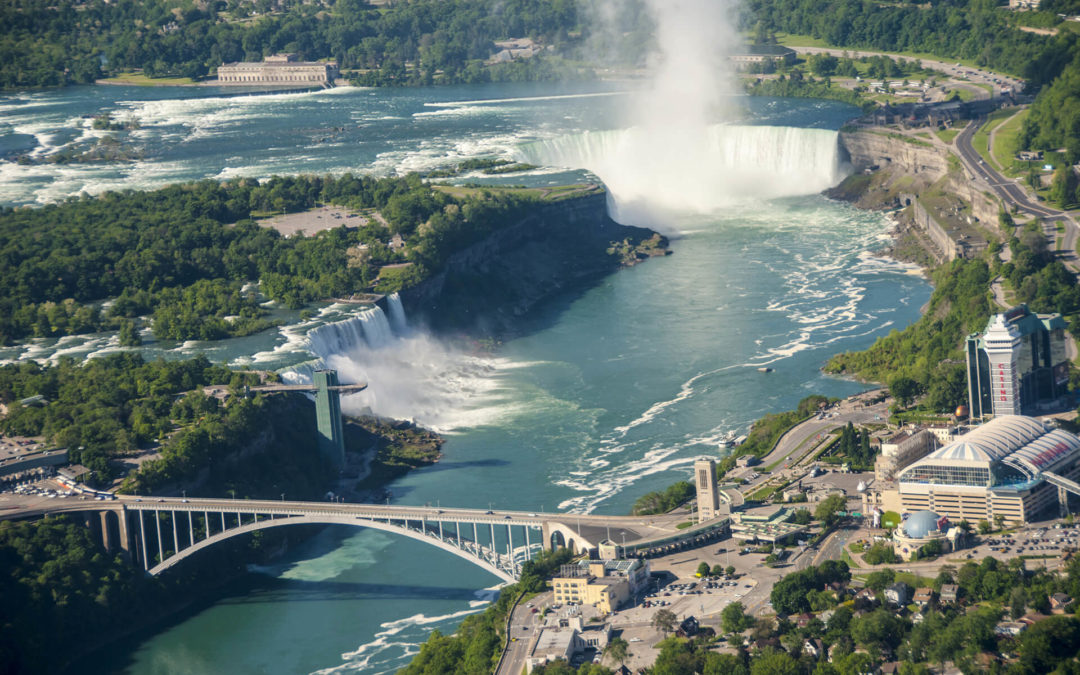 After decent marriage couples usually look up to a peace full honeymoon trip from where they can start their new chapter of life in a marvelous way. Honeymoons are the customary holidays took by newlyweds. Honeymoon trips became popular in the later 19th century. But at that time only upper-class families used to go on a honeymoon. But now everyone plans a honeymoon even before their wedding.  Couples choose different corners of the world as their honeymoon destinations. But here we are talking about the shared piece of attraction between the United States and Canada which is also known as the honeymoon capital of the world Niagara falls, famous for its humongous waterfalls.

Niagara Falls is not only famous for these magnificent falls, there is so much more than you can do at Niagara Falls. Niagara Falls has been a sight tourist attraction for over 200 years.

Well, no one knows why this trip is called a honeymoon; there are some theories that can help in understanding. Back in time when there was no proper calendar system. Months were estimated with the help of moon. So the first month (moon) after marriage is basically of love and happiness, and it referred to as Honeymoon. Another explanation to honeymoon is that in early centuries Couples used to drink mead (honey based alcoholic drink) in the first moon off marriage. This somehow evolved into a honeymoon and now as grand tours that last from days to weeks or months.

First trend-setting trip to Niagara Falls as a honeymoon was in 1801 of Theodsia Burr, the daughter of upcoming U.S.  Vice President Aaron Burr. She married to Joseph Alston a rich landowner and also future Governor of South Carolina. They travelled from Albany via Packhorse. After some time of this tour, Jérôme Bonaparte, younger brother of Napoleon also visited Niagara Falls with his American wife in 1804. The implantation of Erie Canal in 1825 and expansion of railway lines made access to Niagara Falls easier and these high profile visits urged people to spend some time of their honeymoon at the exalted Niagara Falls. To encourage more and more visits to Niagara Falls in 1900s “Honeymoon Capital of the World” phrase was used in advertisements and that Phrase is still used. Tourism management of Niagara Falls started giving honeymoon certificates to couples signed by governor and this city had given million of these certificates till now. These are the reasons to the question Why Niagara Falls was a honeymoon destination.

With passage of time exposure of people toward the seashore falls keeps on increasing and this palace managed to keep its position in prestigious list of top 10 places in world best for honeymoon visits. Now in recent times many people are choosing Niagara Falls to tie their knot of sacred relation. Every year Niagara Falls city host about 50,000 couple, who choose this spectacular place as their destination. A trip to Niagara Falls in 21st century is a lot different than it was used to be in 80s and 90s, although basic beauty of attraction (falls) remained same but there are many new adventurous rides and attractions you can enjoy which we will be discussing below

Being a lot more adventurous and if you want to have a clear and closer gaze at the seashores then you should definitely try the maid of mist boat tour. This is a 20 minutes longboat tour on the American side which crosses Ontario during the trip.

This is a must-have experience when you visit Niagara Falls to go underneath it. You have to take this trip if you want to explore the mightiness of the falls.

To get a better and different view of falls you can have a zip line ride. This is a one-time life experience and many people have already added this to their bucket list.

This is best for the couples who are a little bit thrill-seeking.

What can be more romantic than riding a Ferris wheel with your loved one and with such captivating views around you?

Niagara sky wheel is about 175ft high and gives a breathtaking panoramic view.

A helicopter ride over the falls:

Yes, you can enjoy a date with your lovebird over the falls in a helicopter. Is there any better way of entertaining with not only the Niagara Falls but also capable of seeing three other amazing waterfalls, 52 meter Niagara Gorge and much more? After getting the view from the hotel window, mist boat, Niagara parkway you must look it on a low flying helicopter with a glass of your favorite wine.

Niagara Falls looks more dignified from the sky and if you are lucky you will get to see a rainbow that will multiply the beauty of the cinematical view.

Well if you are planning your honeymoon to this imperial place there is much more you can do. You can spend an evening walking in the state park of Niagara Falls (the oldest park in states) holding the hands of your lover. Or you can have a romantic candlelight dinner with a glorious view.

From economical to luxury almost every hotel offers you a honeymoon tour package to this royal destination. Other attractions in Niagara city are also worth looking at.

As a young aspiring boy, I will definitely think of spending some good quality time with my better half at this place as it is known as the honeymoon capital of the world. I am curious to find out WHY and will surely give it a visit.