10 Facts about Niagara Falls that will Surprise You 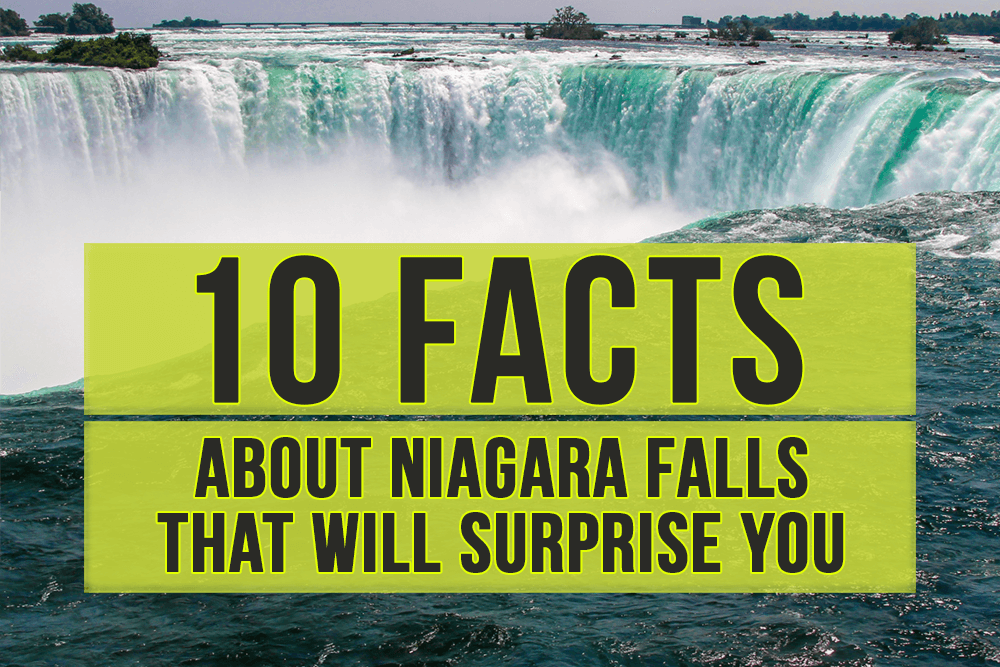 Niagara Falls surprises everyone with its beauty. However, there are facts about the waterfalls that few visitors know.

Fact #2: Jean François Gravelet crossed the falls in 1850, becoming the first daredevil to begin the wire-walking excitement. Over the years, one enthusiast lost his life, but the circumstances of the case remain unclear. In 1876 the first woman managed to cross the Niagara Gorge on a rope, and in 2012 Nik Wallenda set a record for the longest walk on a rope without safety equipment. A total of 5 people managed to cross a tightrope over Niagara Gorge.

Fact #3: A huge amount of fish falls along the waterfall. This phenomenon can look very impressive, and visitors to Cave of the Wind see it up close. Almost all fish survive because they have adapted to the water pressure.

Fact#4: In 1901, Annie Edson Taylor descended the waterfalls closed in a barrel. Fortunately, she survived with minor injuries. However, subsequent attempts by other enthusiasts were unsuccessful. Of course, this activity is prohibited for safety reasons and those who try are fined heavily.

Fact #5: Hydroelectric power plants have been built along the river, using between 50% and 75% of the water flowing along the river by moving it through underground tunnels and then sending it below the falls. 28 million liters of water are passing through the Falls every second but what we see is between 25% and 50% of the total flow. At night, the plants operate at higher speeds and the flow of water decreases. In the summer, they let most of the water pass through the waterfalls.

Fact #6: One of the favorite attractions Maid of the Mist is actually the oldest tourist attraction in North America. It was opened in 1864. There are various theories about the origin of the name, but the most famous is related to the beliefs of the ancient Indian settlers.

Fact #7: The erosive force of the water acts constantly and slowly displaces the location of the waterfalls. At the moment it is assumed that this happens at a speed of 0.3 m per year. If this continues after 50,000 years, the waterfall will reach Lake Erie and thus cease to exist.

Fact #8: 1953 became one of the most visited by tourists after the film “Niagara” starring Marilyn Monroe went to the cinemas.

Fact #9: In 1969 the water of American Falls was diverted to the Horseshoe Falls. The drained American Falls attracted thousands of tourists. The reason for this activity is the study of the erosive force of water and when it will lead to the destruction of waterfalls and what scientists could do to slow it down.

Fact #10: 20% of drinking water in the United States passes through Niagara Falls. Lakes Erie and Ontario contain 84% of North America’s fresh surface water and 21% of the world’s freshwater surface water.

Niagara Falls has a rich history and always has something to surprise its visitors. Over the years, it has become a favorite destination for celebrities and members of the royal family. Today it excites tourists not only with its incredible beauty but also with the exciting attractions, rich historical past, and countless opportunities for spending time with friends or family.